I’m a Steadicam/camera operator based in Cape Town with a number of years experience. In addition to my Steadicam I have a Letus Helix single axis stabiliser. The Helix not only keeps the horizon level but can do full 360 deg rotations.

In 2018 I did the cinematography and steadicam on the international feature “Twisted Blues” shot in Dubai directed by Jac Mulder as well as the  feature “Bordering on Bad Behaviour” starring Tom Sizemore shot in Cape Town.

I was awarded the 2017 SOSA (camera operators society of SA) award for my Steadicam work on a promo I shot and directed for The Suitcase Hearts at the SASC Visible Spectrum awards.

In 2016 I did the Steadicam work on an episode of Netflix’s series “Black Mirror” directed by Joe Wright and have been involved in the History Channel’s “Black Sails” series 4 as well as in Andy Sirkus’s “Breathe” shot by Bob Richardson.

Though based in Cape Town I am equally at home shooting in Johannesburg or anywhere in Africa. I have my own rig and am ready to go at a moments notice. 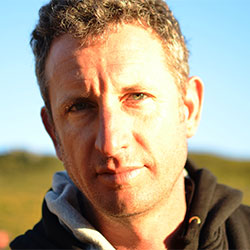